Home
Gossip
Princess Diana revealed how she threw herself down the stairs while pregnant, tried to slash her wrist… all in a bid to get her husband to pay attention to her
Join Our Auto Updated Telegram Channel For Instant Updates

A third extract from Princess Diana’srecordings of the despair she felt in her marriage has been released. Princess Diana became depressed before her marriage to Prince Charles, partly because of his relationship with Camilla Parker Bowles and also because she felt unaccepted within the royal family. It continued after the wedding and she felt miserable and overwhelmed because she was not given time to adapt to her new role but was expected to know what to do overnight.

To cope with the despair, she began to record her thoughts for author Andrew Morton to write about her in the book, Diana: Her True Story, but she gave it on the condition that her involvement must be made secret. 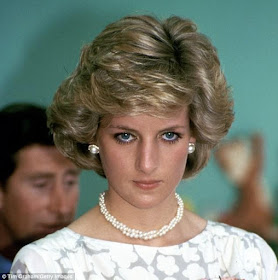 In the transcripts recently released, the late Princess recalled her stay at Sandringham in January 1982 when she was four months pregnant with Prince William and how she threw herself down the stairs just so she could get her unattentive husband’s attention but in spite of that she still did not get him to pay attention to her.

She said: “When I was four months pregnant with William I threw myself downstairs, trying to get my husband’s attention, for him to listen to me. I had told Charles I felt so desperate and I was crying my eyes out. He said I was crying wolf. ‘I’m not going to listen,’ he said. ‘You’re always doing this to me. I’m going riding now.’ So I threw myself down the stairs. The Queen comes out, absolutely horrified, shaking — she was so frightened. I knew I wasn’t going to lose the baby (though I was) quite bruised around the stomach. When he came back, you know, it was just dismissal, total dismissal. He just carried on out of the door.

“I knew what was wrong with me, but nobody else around me understood me. I needed rest and to be looked after inside my house and for people to understand the torment and anguish going on in my head. It was a desperate cry for help. I’m not spoiled — I just needed to be allowed to adapt to my new position. I don’t know what my husband fed her (the Queen). He definitely told her about my bulimia. And she told everybody that was the reason why our marriage had cracked up, because of Diana’s eating, and it must be so difficult for Charles.

The late Princess of Wales also spoke of a time when she fainted at a public event with her husband and while others ran around to revive her, he walked off then later berated her for embarrassing him so when she could have fainted quietly behind closed doors. She said that Prince Charles’ father, Prince Philip was sympathetic to his son and that during an argument between Diana and Charles, Philip told his son that he was free to go back to his bachelor habits if his marriage to Diana doesn’t work after five years.

Diana said: “It was at the Expo (visit to Expo ’86, a world transport and communication fair in Vancouver) where I passed out. I had never fainted before in my life. We’d been walking round for four hours, we hadn’t had any food and presumably I hadn’t eaten for days beforehand. When I say that, I mean food staying down. I remember walking round, feeling really ghastly. I didn’t dare tell anyone I felt ghastly, because I thought they’d think I was whingeing. I put my arm on my husband’s shoulder and said: ‘Darling, I think I’m about to disappear’, and slid down the side of him. Whereupon David Roycroft and Anne Beckwith-Smith, (royal aides) who were with us at the time, took me to a room.

“My husband told me off. He said I could have passed out quietly somewhere else, behind a door. It was all very embarrassing. My argument was I didn’t know anything about fainting. While Anne and David were bringing me round, Charles went on around the exhibition. He left me to it. I got back to the hotel and blubbed my eyes out. 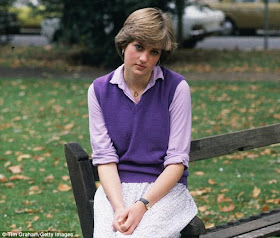 Diana spoke of Charles being insensitive to her needs, even when others noticed and warned him. She said he forced her to go out even when she was too weak to make it. He simply made her take a pill to shut her up.

“Basically, I was overtired, exhausted and on my knees because I hadn’t got any food inside me. Everyone was saying: ‘She can’t go out tonight, she must have some sleep.’ Charles said: ‘She must go out tonight —otherwise there’s going to be a sense of terrific drama and they are going to think there’s something really awfully wrong with her.’ Inside me, I knew there was something wrong with me, but I was too immature to voice it. A doctor came and saw me. I told him I was being sick (making myself sick). He didn’t know what to say because the issue was too big for him to handle. He just gave me a pill and shut me up. I just felt miserable. I shut my friends out because I didn’t want to pull them in on it. I would be too embarrassed to ask them to come in for lunch. I couldn’t cope with that. I would be apologising the whole way through lunch. My mother tried to give me Valium. Someone else tried to take me off it. I never actually took it.

Diana further disclosed that there were many forces pulling her and she had no idea which way to turn. She said she did not have a say, even as regards things that concerned her. Even the therapists chosen for her, she had no say in that. She rarely had conversations with her husband because he did not pay attention and when they did, it ended in tears on her part. She said there were times she tried to cut her wrists

She said: “I did take criticism hard, because I tried so hard to show (the Royal Family) that I wasn’t going to let them down. But obviously that didn’t come across strongly enough at that point. We had a few trying-to-cut-wrists, throwing things out of windows, breaking glass (she once threw herself against a glass display cabinet at Kensington Palace). I gave everybody a fright. I couldn’t sleep. I just never slept. I went for three nights without any sleep at all. I had no fuel to sleep on.”

Diana said Prince Charles started to get very jealous and even said bad things about her to their young son’s hearing. She said her son William, then three-years-old told her that she was the most selfish person and when she asked him where he heard that he said his father said so.

“Once, (some years later) William and I were in the swimming pool at Highgrove and I was telling him off, and William turned around to me and said: ‘You’re the most selfish woman I’ve ever met. All you do is think of yourself.’ And I was so stunned. I mean, this is seven years ago (in 1985, when William was three). I said: ‘Where did you hear that?’ ‘Oh, I’ve often heard Papa saying it.’ The one thing I’ve always prided myself on — if I may be so bold — is that I’ve never been a selfish person. But Charles was always telling me I was being selfish, and I sort of believed it. 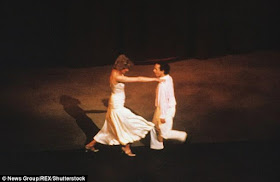 “(When I danced on stage with Wayne Sleep at the Royal Opera House at an event for the Friends of Covent Garden) Charles was horrified. He said I was too thin. Inside the system, I was treated very differently, as though I was an oddball — and I felt I was an oddball, and so I thought I wasn’t good enough. But now I think it’s good to be the oddball — thank God, thank God, thank God! I had so many dreams as a young girl that I wanted and hoped — this, that and the other, that my husband would look after me. He would be a father figure and he’d support me, encourage me, say: ‘Well done’, or ‘No, it wasn’t good enough’. But I didn’t get any of that. I couldn’t believe it. I got none of that. It was role reversal. He ignores me everywhere. Ignored everywhere, and have been for a long time. But if people choose to see that now, they are a bit late in the day. He just dismisses me. He told a lot of people the reason why the marriage was so wobbly was because I was being sick the whole time. They never questioned what it was doing to me.

For a very long time, Diana’s family didn’t know what she was going through until her sister Jane came to visit her one day, five years into her marriage. Jane noticed a cut on her chest and thighs and asked Diana what caused it. After much interrogation, Diana said that the night before, she had wanted to talk to her husband about something but he wouldn’t listen so she picked up his penknife and scratched herself down her chest and both thighs. In spite of all the blood, she said Charles showed no reaction.